Without words, a picture or video may lose its meaning based on whatever the person who sees it is going through at that moment.

Words also sell things, as Donal Miller is fond of saying. It’s because words tell people what to do next or what they should do or feel because of the image or video you post.

So no more posts without a caption, people. It’s not as interesting or mysterious as you may think. It doesn’t give you that “strong, silent type” vibe you may be going for. It’s probably giving off the “I’m desperate for attention so someone please ask me what this picture I posted is about” vibe.

But I digress. I’ve been working in social media for a while now and I can tell you that there are a few caption trends that seem to help give a church social media feed a bit of an edge. So here we go.

Put the most important thing in the first sentence. It’s what will show in the caption before it cuts you off with the “read more” link. You need to hook them with something interesting that makes them want to tap to read more in the first line. Maybe ask a question or say something preposterous? Just be interesting. Which leads me to my second point….

Don’t mail it in on the caption. It’s not an afterthought, but the thing that’s probably going to garner the most interaction and conversation on your posts. Sure, you can put text in the post itself or maybe the video will get a convo going, but nothing works like good ‘ol words.

A good caption should try to be as interesting as the visual part of the post because the caption is part of the content too. Tell a story, ask a question, be funny, just do something! Just don’t simply describe the image like “this is when we sang that song that one time” or something like that. A caption doesn’t need to be a description, but a continuation and focus of the emotion that the visual creates.

Emojis may not be your thing because you think they’re childish or stupid. But there is a whole host of adult-ish emojis available too, so don’t discount them just yet. There are lots of business-y ones and flags and stuff I guess….

But the point is that they help break up the long text captions really well so that the reader’s eye can breathe a little. If it’s one big wall of text (which could be its own tip here), then many readers will pass on reading it at all. Break it up into 1-2 sentence chunks and use emojis to mark the beginning of new sections if you’re writing a longer caption.

Use hashtags on appropriate platforms

Whether you put them in the first comment or you use the old
.
.
.
.
#hashtags method, USE hashtags! They are so helpful in being discovered as well as developing a way to tag all your posts with an easy-to-search branded hashtag for your people.

However, you shouldn’t use hashtags on every platform so here’s my recommendation:

Facebook: Don’t use hashtags except in groups or you’ll lookafool.

Twitter: Use 1-3 relevant hashtags because your character count is limited to 280.

TikTok: Use whatever is trending even if it’s not related because it’s a GenZ app so nothing has to make any sense.

Understand how to link links

How each platform handles links is like the heads of these companies got together and decided to play a really cruel practical joke on us all. I can just imagine Zuckerberg wringing his hands together with a menacing smile saying in a Mad Hatter kind of voice,

“On one of my platforms, links shall be automatically found and made to look pretty! But on the other platform only ONE LINK! In the bio!”

Meanwhile, there’s a clown juggling knives in the background as a bearded woman counts money…

Ok, for real. On Facebook, just copy the link into the box where you type stuff and it will find the Open Graph image and the link looks amazing. Then you can actually delete the long, ugly URL from the box and the link stays! It actually looks beautiful.

On Instagram, don’t you dare put a long, ugly link in your caption. They can’t click it and they’re not going to copy and paste it and you’ll look silly. If you are under 10k followers, you’ll have to get a one-link solution for your IG. There are services that allow you to put one link in the profile that will lead to a page of links so you can have multiple, but you have to be careful not to do too many or it becomes a big mess.

Read Solving the One Link in Bio problem on Instagram

Now go forth and say wonderful things to each other!

Seth has been in ministry for over 20 years, recently serving as Communications Director at a thriving church in North Dallas. He is also the host of The Seminary of Hard Knocks podcast, blogs at sethmuse.com, and has his Masters of Arts in Media and Communications from Dallas Theological Seminary. Seth specializes in helping church communicators use social media and content marketing to find common ground with their audience to empower them for spiritual growth. 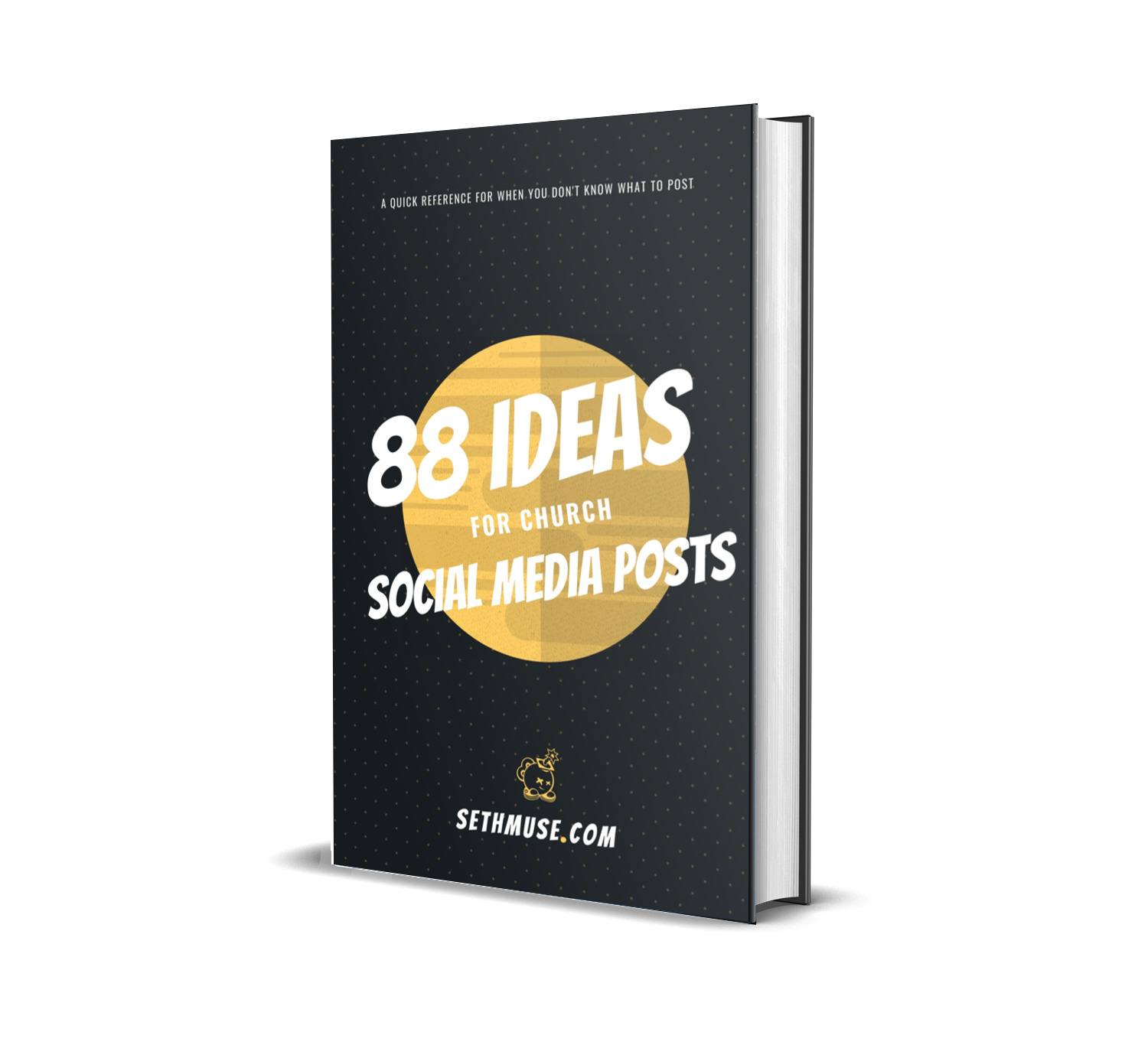 When you’re stuck, I’ve got you covered.