The Power of Saying “I Don’t Know” 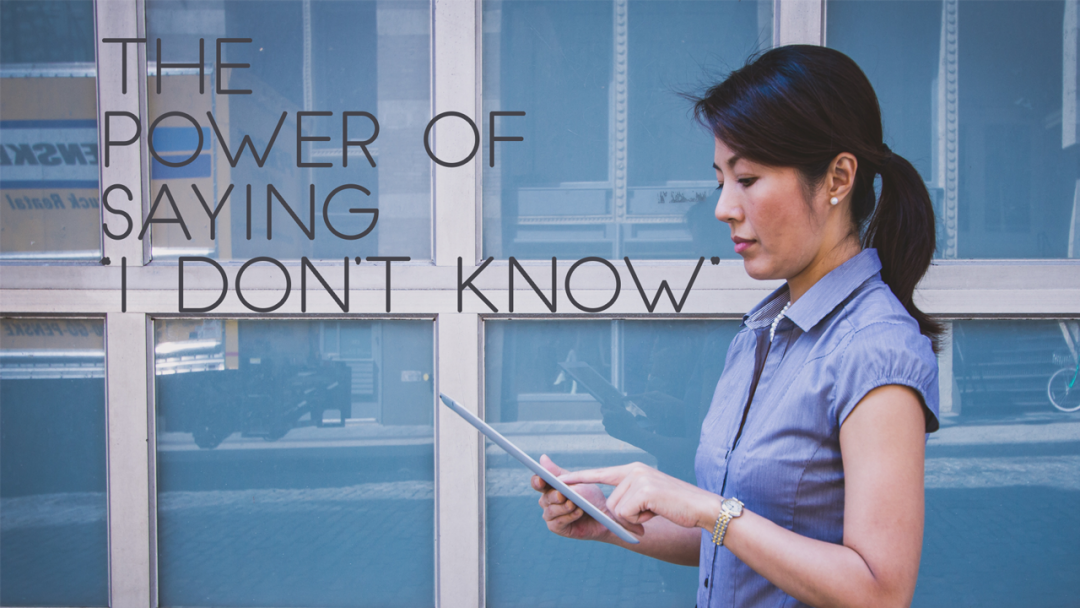 When asked why she thinks that 1/5 of Americans couldn’t locate the U.S. on a map, the South Carolina representative in the 2007 Miss Teen USA answered with the following:

A simple “I don’t know” would have sufficed.

If you think it’s painful to read, try watching the video of it. I remember burying my head in my shirt watching it on YouTube the day after it happened. It may be the worst pageant answer in history.

Do we sound like that when we try to answer questions that we don’t really know the answer to? Maybe.

But we’re the pastors and leaders! We’re supposed to have all the answers! We can’t say we don’t know! Shouldn’t we be comfortable not knowing some things? Isn’t faith about not knowing for sure, but believing because we trust God to tell us the truth?

There are some times we should NOT say “I don’t know” though. Here are a few questions that you should never answer with “I don’t know:”

When is your anniversary?

Is this your child?

Can I give you one million dollars?

If your car becomes submerged in water, how do you escape?

Can you run from bears?

In ministry, we must become comfortable admitting when we don’t know the answer to something. When non-believers ask us why God allows evil in the world or when the elder board asks what your “ministry philosophy” is (which is like saying “how do you do everything?”), it is ok to say “I don’t know” if you really don’t have a clue. You will at least get points for honesty.

There are at least three reasons why admitting ignorance is good for you as a person and a ministry leader:

“I don’t know” keeps you humble

It takes a lot of guts to admit when you don’t know and doing so regularly reminds you that you’re not God’s greatest gift to humanity. Humility is a skill bought with practice, and if you will not humble yourself, God will do it for you. And I can almost promise that He will use the person you like in your church the least to do it. Humility is a necessary trait of a quality ministry leader and admitting when you don’t know something reminds you that you need Jesus too.

“I don’t know” keeps bad information from going out.

When you start to make up answers on the spot, chances are, you will give bad answers somewhere. The worst spot for me was leading a parent meeting. At the end someone would ask me a question about camp or mission trips and their tone would suggest that it was more of a demand for an answer than a simple question. My favorite answer for this person was “I don’t know the answer to that yet. Let me think about it/figure it out and I will let everyone know.” Then I wrote the question down and did what I said (well, most of the time).

If you tell the group that you will leave for camp at 7pm, but the flyer you sent out says 6:30pm, then you’ve succeeded in giving out bad information, causing your people to trust you less. Someone probably lost their salvation too. Don’t do it. Just say “I don’t know.”

“I don’t know” helps you see where you can grow

When you say “I don’t know,” sometimes the phrase acts as a guide, showing you what you need to do next in a project. When I’ve been asked questions and didn’t know the answer, usually it makes me think “Oh, I should find that out so the next time I’ll know.”

Saying “I don’t know” is actually a hallmark of a life-long learner. What can you teach someone who already knows it all? Nothing.

Saying “I don’t know” is not an admission of defeat or failure or incompetence; it is a marker in the life of a good leader. When have you had to say “I don’t know?” How did it turn out? Let us know in the comments!

LOVE this. Let’s not try to answer questions we don’t know (and answer them wrongly) just for the sake of feeling like we know the answer, so we can feel “right” and like we’re somehow above people. Sometimes, we just don’t know. But God does. When we forget the importance of being able to say “I don’t know” we end up forgetting that sometimes, we need to learn more from God. (And we all do.)

Exactly! Sometimes I think God only gives us part of the answers because He knows how we get when we feel like we have all the answers! Thanks for reading!

I agree a simple I don’t know would have worked. Like in witnessing. I don’t know but is it okay I research that and get back to you. Doesn’t look good to make up an answer.

So true. I’ve done so much damage because I just didn’t want to admit I didn’t know the answer to a question posed by non-believing friends. But we know in part and testify in part…

annette @ A net in Time

hmmm.. good thoughts for me to present to my son… boy aged 10 who hates not knowing the answer to ANYTHING. 🙂

Seth Muse
Reply to  annette @ A net in Time

Ha! Some of us never grow out of it!